A recent article in the New York Time’s about Playborhoods has me thinking about many roles I play as a dad, and one that I am concerned about is being a “helicopter parent” a term used for the parent that can’t let go of providing guidance to their child.

The root cause of such helicoptering behavior is fear. Fear of falling. Fear of being kidnapped. Fear of getting in a fight. Fear of fill in the blank with something my brain sees as wrong or dangerous.

So, a Silicon Valley father decides to build his yard and play areas for kids to welcome such freedom as jumping from the top of the playground onto a trampoline, climbing onto the roof of the house and eating at the picnic table edged up to the front sidewalk, engaging community.

I get it. Kids need freedom. Kids will take freedom, eventually. And with or without my help, my son is going to grow up. Why not let him build independence and self confidence from a young age? 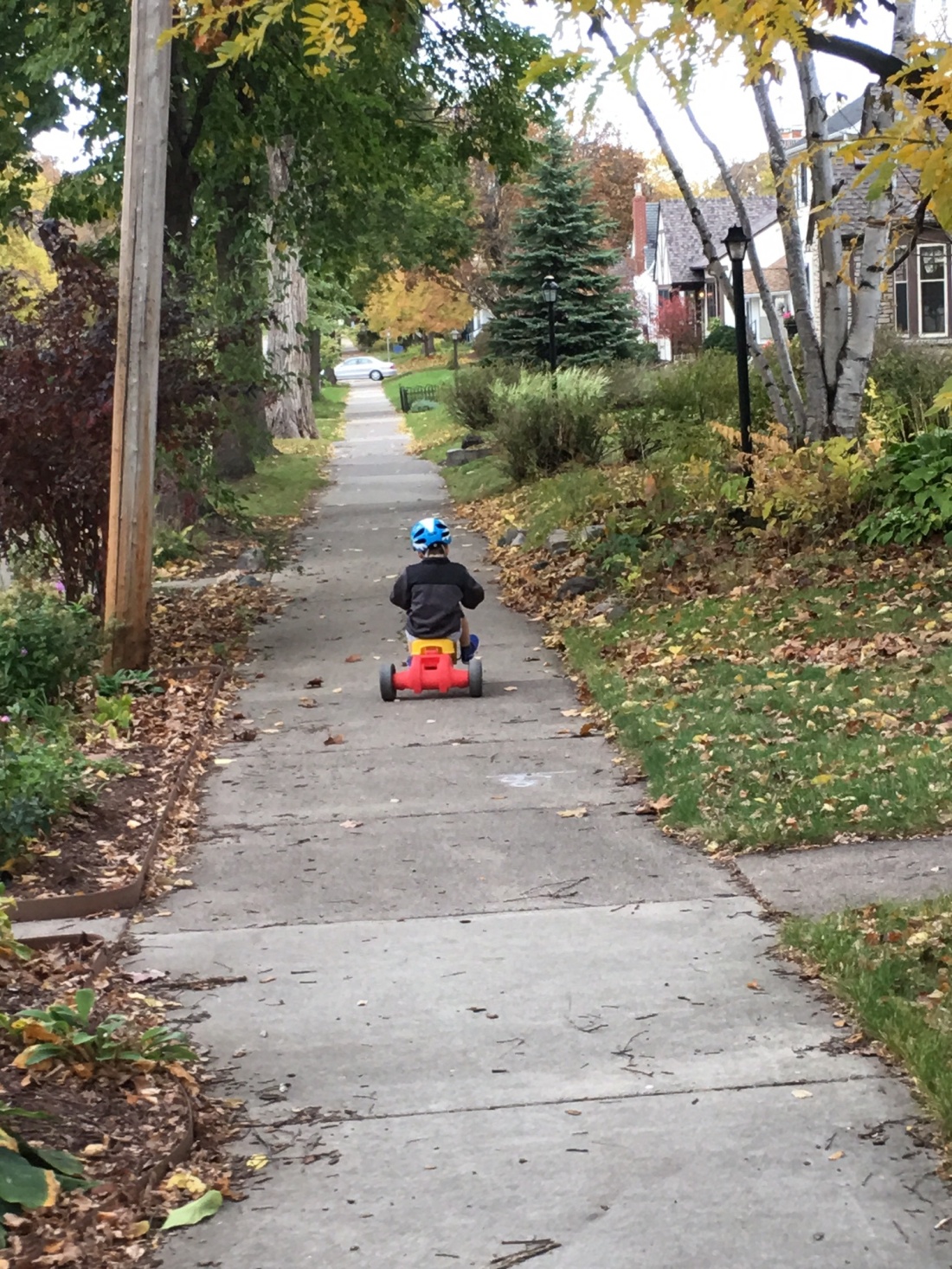 There is nothing wrong with taking risks. In fact, encouraging such risks builds self-esteem and prepares them for life, according to this article by The Guardian. This article was published in 2008, and I’m sure researchers had a grasp on this way before then.

But why then am I hesitant to allow my four-year old to play three houses down at the house with a large rope chained to a tree littered with climbing attachments?

Fear. Fear of him getting exposed to what? Last time I went over there, the five-year old neighbor was jumping off a trapeze hanging from a tree in the backyard onto a trampoline. So you don’t need to be a high-rolling millionaire from Silicon Valley to expose your kids to such risks, but that didn’t stop me from thinking this kid is going to break his neck.

I had to talk myself into leaving my pre-school son at the house for even 15 minutes.

God, when did you allow me to become a helicopter parent? I guess it’s only part of my growth. Letting go and letting God again. My kids will be stronger and build character faster. I’ve referenced being “saved” by my dad at the roller-rink, and how I think parental bailout can cause a lack of self-reliance.

Kids will be kids, and they’ve been growing up healthy and well without the need for helicoptering generations before us.

I believe the less fear I can project on them, the less fear they will have. Being a father to me means being a figure the kids can lean on while they are young. Showing them that they are trusted, providing boundaries and letting them push against them is just part of growing up.

My work will be to land this copter and fly on an as needed basis.