It’s my first time having a child receive an official spring break. No school for an entire week. But this isn’t going to be the year of sitting on white sandy beaches as a family. This is the year of the staycation activities.

So day one involved a father and son day of indoor rock climbing and an afternoon movie. I had it all planned out. But of course, as they say, if you want to see God laugh, tell him your plans.

The first indoor climbing gym we arrived at was set up for a competition. Not sure what that exactly means, other than they had the climbing courses set up in an extremely difficult layout. Not for us. Both of us being beginner climbers, we went on to the next gym.

If there is one thing I’m learning on this spiritual journey, is that it’s to be open and flexible to how I think things should be.

We set off to climb tall stories into the air. After about a twenty minute drive and an hour of signing wavers to ensure I don’t sue should one of us hurt ourselves climbing, getting set up with our harnesses and getting an orientation of the facility and equipment, we were ready.

Ask me the day before what I envisioned and I would have said an early start with both of us climbing to the peaks of the tallest walls in the place. 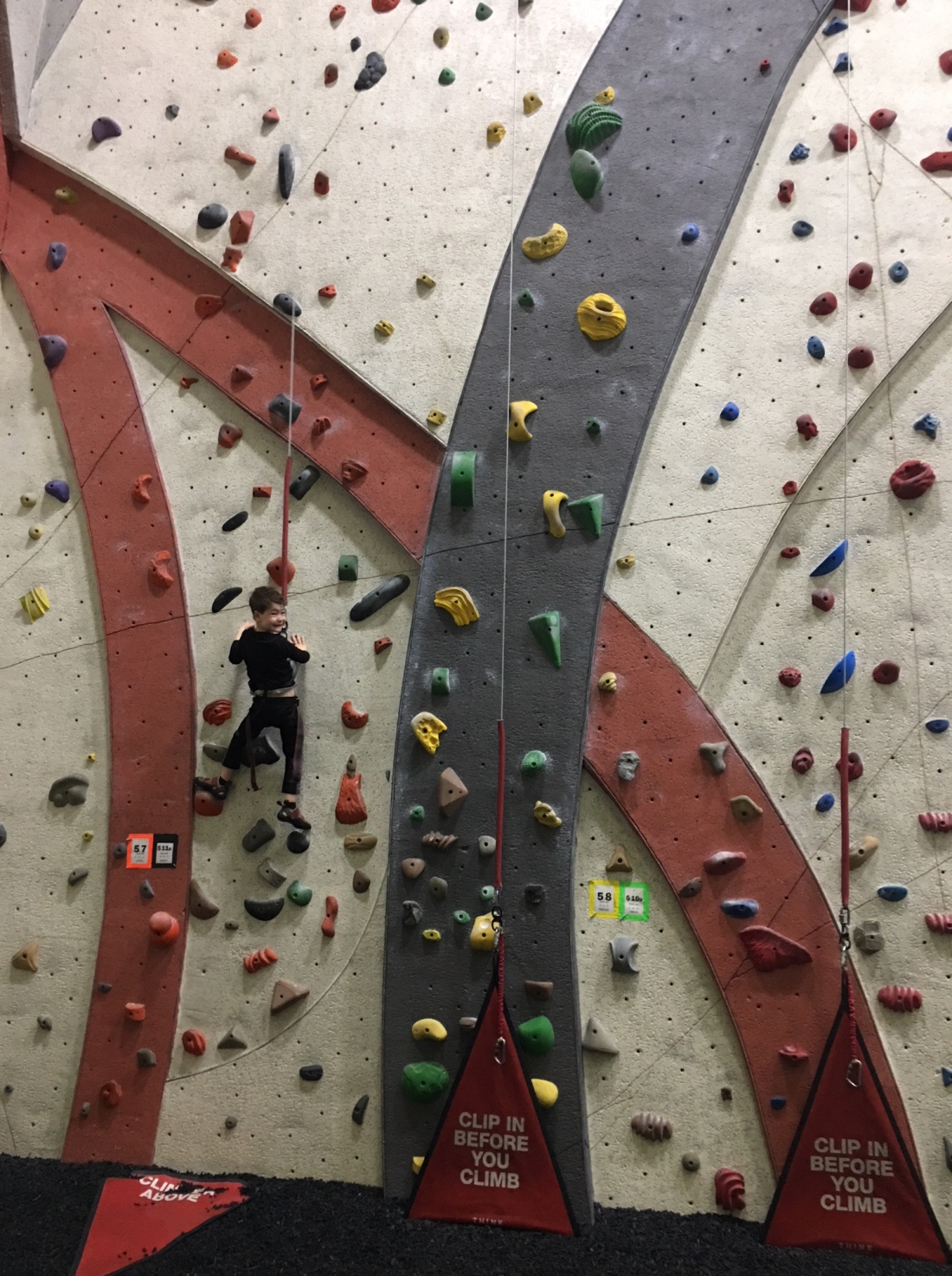 Ask me what happened, and it was the opposite. Now, to my defense, I haven’t climbed in about a decade. Not that I’m out of shape so much, but I found that my brain likes to scream with fear once I got above 30 or so feet on the wall. My son also never made it to the top.

For better or worse, my focus usually resides on bigger, better, best. Getting to the top. So I have to admit, that I was a little disappointed in myself when I found myself with shaky forearms within a couple hours and never made it above 3/4 the way to the top.

But when I focused on the fact that I had taken a vacation day to hang with my son, and that he was having “the best day ever” climbing a third of the way to the top and using the auto belay system to glide back down to the floor, it was something special. Pure gratitude and joy during his first indoor climbing experience.

I did the coaching dad thing and encourage him to get higher on the wall, suggesting where to grab or anchor his feet. And then my son would kindly suggest clipping in and for me to get climbing next to him. He never once expressed frustration about not getting to the top. That was my thing.

As dads, the best thing we can give our kids is a good first experience, and in my limited experience that involves support, a little coaching and mostly letting go. Support from a far if you will.

He was content with his current ability, climbing to where he was comfortable and then jumping off. As a father, of course my hope is for him to push himself to do his best. So if his best is 15 feet up, I need to be grateful that he is healthy and enjoying himself. Maybe his best will always be middle of the mountain, and if that’s the case, I hope to stay grateful that he’s able to climb at all.

And after we caught an afternoon movie to rest our arms–okay, rest my arms–he asked if we were going to go back and do some more climbing.